Endometriosis (say "en-doh-mee-tree-OH-sus") is a problem many women have during their childbearing years. It means that a type of tissue that lines your uterus is also growing outside your uterus. This does not always cause symptoms. And it usually isn't dangerous. But it can cause pain and other problems.


The clumps of tissue that grow outside your uterus are called implants. They usually grow on the ovaries, the fallopian tubes, the outer wall of the uterus, the intestines, or other organs in the belly. In rare cases they spread to areas beyond the belly.


How does endometriosis cause problems? 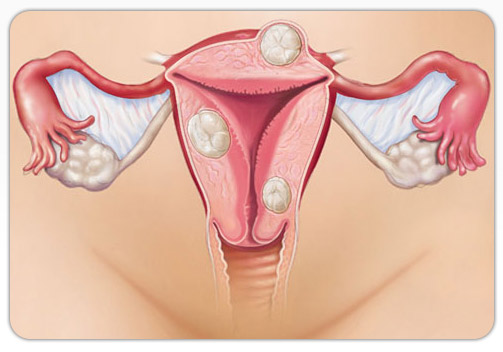 Experts don't know what causes endometrial tissue to grow outside your uterus. But they do know that the female hormone estrogen makes the problem worse. Women have high levels of estrogen during their childbearing years. It is during these years-usually from their teens into their 40s-that women have endometriosis. Estrogen levels drop when menstrual periods stop (menopause). Symptoms usually go away then.


What are the symptoms?

The most common symptoms are:


• Pain. Where it hurts depends on where the implants are growing. You may have pain in your lower belly, your rectum or vagina, or your lower back. You may have pain only before and during your periods or all the time. Some women have more pain during sex, when they have a bowel movement, or when their ovaries release an egg (ovulation).


• Abnormal bleeding. Some women have heavy periods, spotting or bleeding between periods, bleeding after sex, or blood in their urine or stool.

• Trouble getting pregnant (infertility). This is the only symptom some women have.


Endometriosis varies from woman to woman. Some women don't know that they have it until they go to see a doctor because they can't get pregnant or have a procedure for another problem. Some have mild cramping that they think is normal for them. In other women, the pain and bleeding are so bad that they aren't able to work or go to school.

Some women with endometriosis don't have symptoms. Other women have symptoms that range from mild to severe. Symptoms may include:


Pain, which can be:

› Low backache 1 or 2 days before the start of the menstrual period (or earlier).

Abnormal bleeding. This can include:

› Blood in the urine or stool.

› Some vaginal bleeding before the start of the menstrual period.


Symptoms are often most severe just before and during your menstrual period. They get better as your period is ending. Some women, especially teens, have pain all the time.


Several other conditions can cause symptoms that are similar to endometriosis. These conditions include painful periods,adenomyosis, and uterine fibroids. 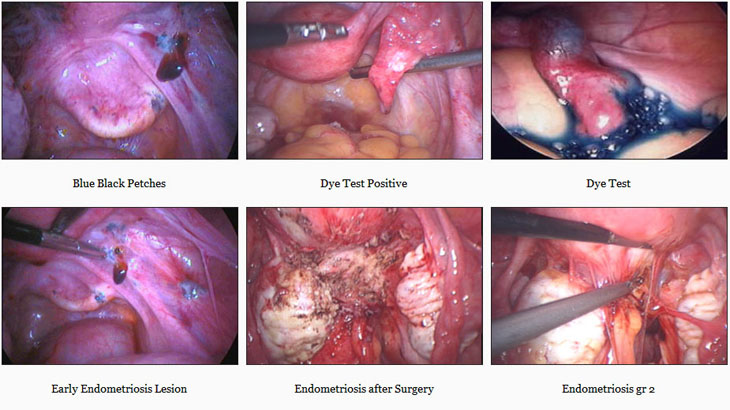