What is a cesarean section?

A cesarean section, also called a c-section, is a surgical procedure performed when a vaginal delivery is not possible or safe, or when the health of the mother or the baby is at risk. During this procedure, the baby is delivered through surgical incisions made in the abdomen and the uterus.


When would I need a cesarean section?

A cesarean delivery might be planned advance if a medical reason calls for it, or it might be unplanned and take place during your labor if certain problems arise.


You might need to have a planned cesarean delivery if any of the following conditions exist:


• Multiple pregnancy — Although twins can often be delivered vaginally, two or more babies might require a cesarean delivery.


• Placenta previa — In this condition, the placenta is attached too low in the uterine wall and blocks the baby’s exit through the cervix.


• Transverse lie — The baby is in a horizontal, or sideways, position in the uterus. In this condition, a cesarean delivery is always used.


• Breech presentation — In a breech presentation, or breech birth, the baby is positioned to deliver feet or bottom first. If the baby cannot be turned through abdominal manipulation, Gynaecologist proccedes for cesarean delivery. 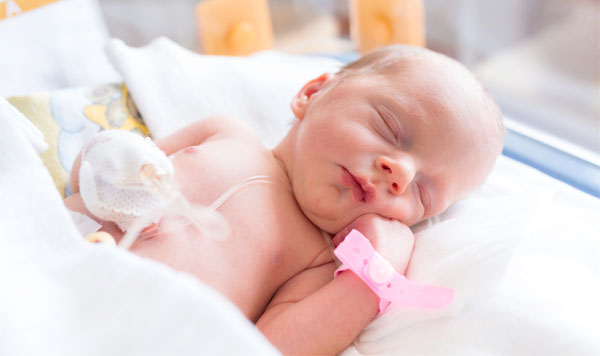 An unplanned cesarean delivery might be needed if any of the following conditions arise during your labor:


• Failure of labor to progress — In this condition, the cervix begins to dilate and stops before the woman is fully dilated, or the baby stops moving down the birth canal.


• Cord compression — The umbilical cord is looped around the baby’s neck or body, or caught between the baby’s head and the mother’s pelvis.


• Prolapsed cord — The umbilical cord comes out of the cervix before the baby does.


• Abruptio placentae — The placenta separates from the wall of the uterus before the baby is born.


• Fetal distress — During labor, the baby might begin to develop problems that cause an irregular heart rate. Gynaecologist Dr.Sankar Das Mahapatra might decide that the baby can no longer tolerate labor and that a cesarean delivery is necessary.


What can I expect before the cesarean?


If the cesarean delivery is not an emergency, the following procedures will take place.


• You will be asked if you consent to the procedure, and in some hospitals, you might be asked to sign a consent form.


• The anesthesiologist will discuss the type of anesthesia to be used.


• Your blood pressure, pulse and temperature will be taken.


• A shave will be done around the incision area.


• A catheter will be inserted to keep your bladder empty.


• Medicine will be put directly into your vein.


• You will have heart and blood pressure monitors applied.


What is the procedure for a cesarean?

At the start of the procedure, the anesthesia will be administered, and a screen or sterile drape will be used to prevent you from watching the surgery. Your abdomen will then be cleaned with an antiseptic, and you might have an oxygen mask placed over your mouth and nose to increase oxygen to the baby.


C Section surgeon Dr.Mahapatra will then make an incision through your skin and into the wall of the abdomen. Dr. Mahapatra might use either a vertical or transverse incision. (A horizontal incision is also called a bikini incision, because it is placed beneath the belly button.) Next, a 3- to 4-inch incision is then made in the wall of the uterus, and the Gynecologist and obstetrician Dr.Mahaptra removes the baby through the incisions. The umbilical cord is then cut, the placenta is removed and the incisions are closed.